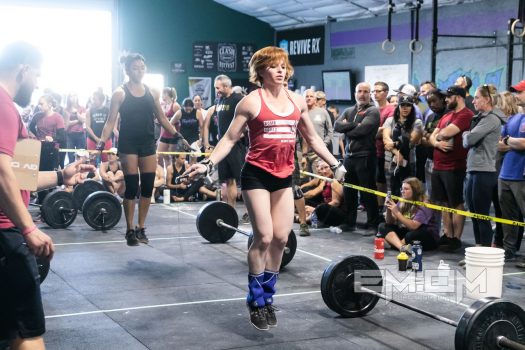 Becky Briggs grew up in Tucson, Arizona where she spent over 20 years performing and instructing ballet and other forms of dance. She graduated from the University of Arizona with a degree in Engineering in 2008. Her analytical skills extend into CrossFit where she is known for her strategizing and has affectionately been given the nickname “Spreadsheet”. She started CrossFit in March of 2013, became a CrossFit Level 1 Trainer in October of 2014, and a CrossFit Level 2 Trainer in February of 2019. She also has CrossFit Gymnastics and Aerobic Capacity certificates and is a USA Weightlifting Sports Performance Coach. In 2015, she opened up her own affiliate where she coached for two years and put on two successful competitions raising $5,000 for the Tucson community. Aside from CrossFit she trained and competed in Olympic Weightlifting from May 2015 through September 2017, qualifying for the American Open in 2016. She moved to the Phoenix area in October of 2017 after her coach relocated in order to focus on her true passion: competing. She has competed in over two dozen competitions and cannot wait to bring her experience to Fury in the revival of the Bomb Squad.