The eighth annual Furious event at CrossFit Fury went down this past weekend in Goodyear, AZ. Athletes from all over the state of Arizona (and one team from Las Vegas, CrossFit Max Effort), came out to compete and support their CrossFit boxes on what turned out to be the perfect day for a friendly competition.

The Furious event has evolved over the past eight years, starting off as an individual competition with only men’s and women’s divisions, but after a few years word got out and more athletes wanted in. Fury owner, Peter Egyed wanted to make those spots available. 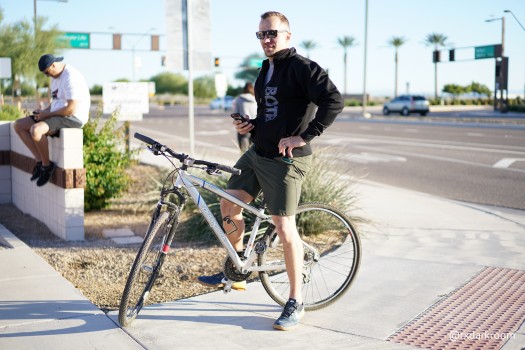 Fury Owner, Peter Egyed at the start of the Furious 8 team competition.

“The event was starting to fill up and we wanted to accommodate more athletes,” said Owner, Peter Egyed.

As a result, in the Fall of 2012, the Furious 5 became the inaugural year for team competition establishing what is now knows as one of the largest, best-run team events in Arizona and Fury’s flagship competition. This year Fury welcomed 148 teams in three divisions representing over 15 different affiliates. Winners in each division walked away with a full day of competition and $1000.00 in prize money.

The day began with athlete registration and a quick briefing of the first event from Furious programmer, Josh MacDonald, who reminded athletes to “be ready for anything.” Four events were released in the week prior to the competition, giving teams an opportunity to strategize, but the surprise event announced the day of the event keeps athletes on their toes. This surprise component has been the signature mark of the Furious competition since it’s inception in 2008.

The surprise WOD kicked off the event – a two and-a-half mile run around the block, continued on through adjacent cotton fields and dead-ended at an nine-foot cement block wall. Teams got over the wall by any means possible and continued with a 200 meter partner carry. As teams crossed the finish line from the carry, they were directed to a paint ball shooting range where they had thirty seconds to shoot twelve rounds at a target. Each shot that landed resulted in ten seconds off their run time. 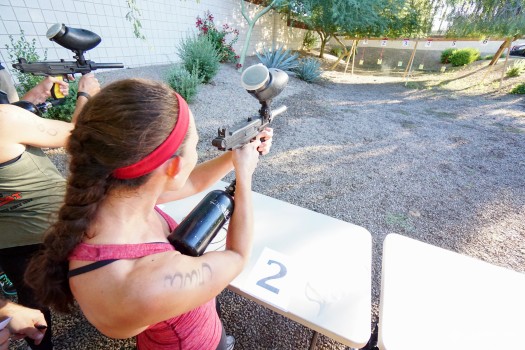 Teams continued with a rotation of heats through the four other workouts: Box Race, 3 minutes, 2011 Open and the Floater WOD.

Coed division, Team Lesam, comprised of Christopher Gartrell and Leslie Johnson of 244 in Tucson, hit the two and-a-half mile run out in front and were the first coed pair to jump the block wall and cross the finish line after the 200m partner carry. Lesam then spent the remainder of the day battling for points with Team Blade Strong, made up of husband and wife team Christopher and Claire Treanor of CrossFit Blade. As coed teams headed into the final event of the day (only seven teams advanced), Blade Strong looked as if they had the competition in the bag. 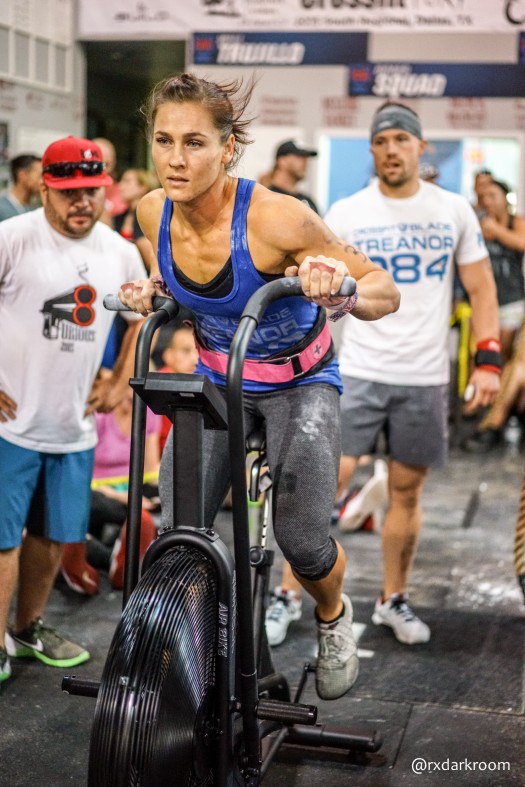 The final event was an eight-minute AMRAP starting with a two-minute calorie ride on the AirDyne bike (one minute per teammate). Teams then worked for the remaining six minutes in sets of eight with the following movements: deficit handstand push-ups, bar muscle-ups and deadlifts. Although Blade Strong finished the final event with three more reps (112) in six minute portion of the AMRAP, it came down to total calories to determine the winner. Lesam earned 54 calories on the ride to Blade Strong’s 41, giving Lesam the final lead and the top spot on the podium. East Valley CrossFit’s Team Berman and Lopez rounded out the coed division and secured a third place finish on the day. 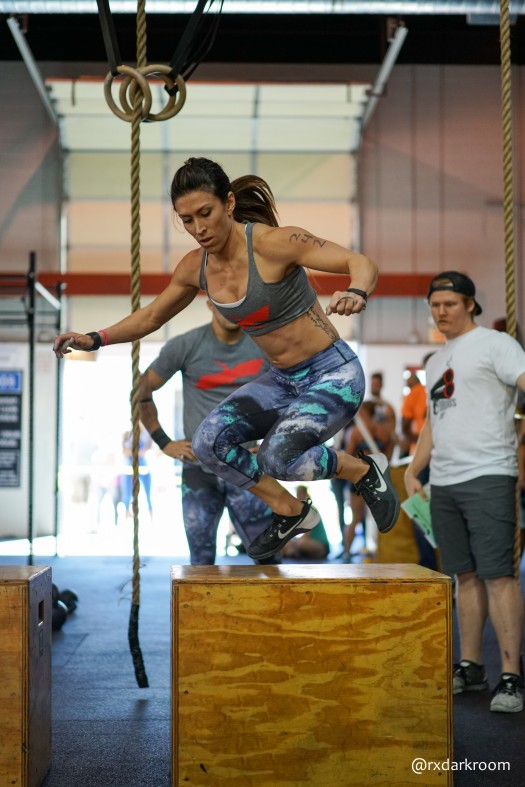 On the women’s side of things, standout athletes Analisa Marques and Tiffany Hendrickson of EVCF Tigers, kept a steady pace throughout the day and took first in all but two events. Team Bladies and CrossFit Flagstaff Management stayed within a few points of each other throughout the competition and ended in first, second and third, respectively. 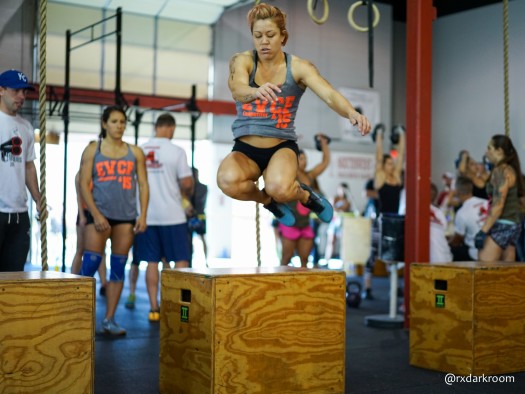 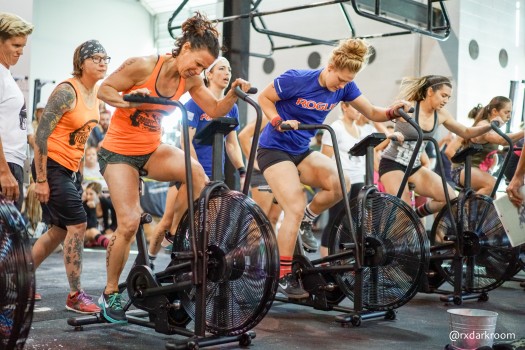 The men’s teams spent the day shuffling around points and rankings a bit more than the other two divisions. CrossFit Incendia teams, Incendia Bros and Incendia Outlaws, came out of the gate running and took the top two spots after the surprise run event. However, over the course of the day three teams established themselves as leaders. Fury’s own Will Trujillo and Tommy Vinas of Team Tommahammer, took first in four of the scored events, while EVCF team Andrew Cifelli and Dayton Smith of Pieces of Schmidt, played it steady over the day. The two teams took first and second, with CrossFit Max Effort’s Travis Zipper and Marcos Riveria of the Firebreathing Rubber Duckies finishing in third.

“There’s a lot of volume, but it’s a lot of fun. This is my fourth year doing it and I look forward to it each year…and of course to beat Tommy and Will,” said Andrew Cifelli of EVCF team, Pieces of Schmidt.

Although the Furious 8 is still fresh on competitors minds (and bodies), the dream team at Fury is already scheming up next year’s event and planning for bigger and, of course, better. A full list of team point distributions and rankings is available at this link:  https://www.crossfitfury.com/f8-scores/ 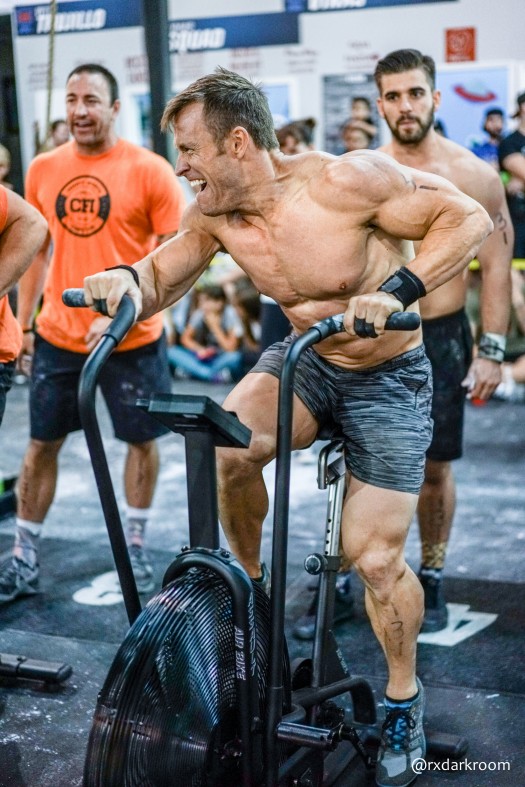 Travis Zipper breathing fire on the calorie ride as Firebreathing Rubber Duckies teammate Marcos Riveria waits for his turn on the bike. 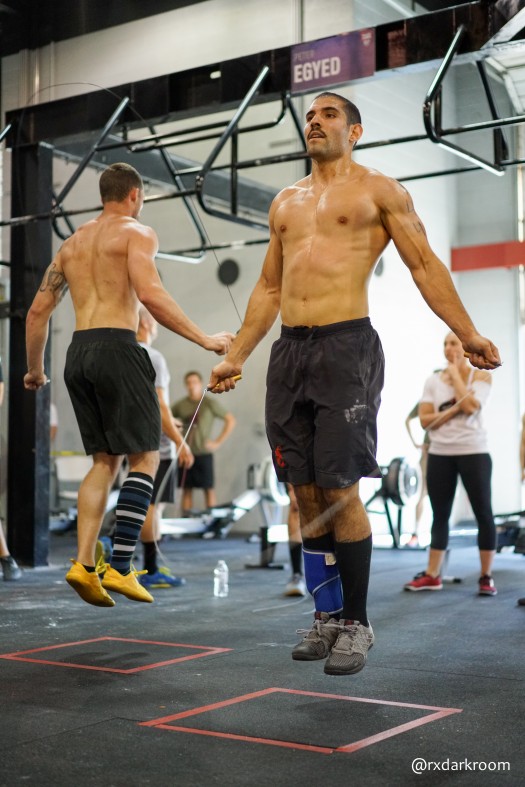 Will Trujillo, one half of Fury’s Team Tommahammer 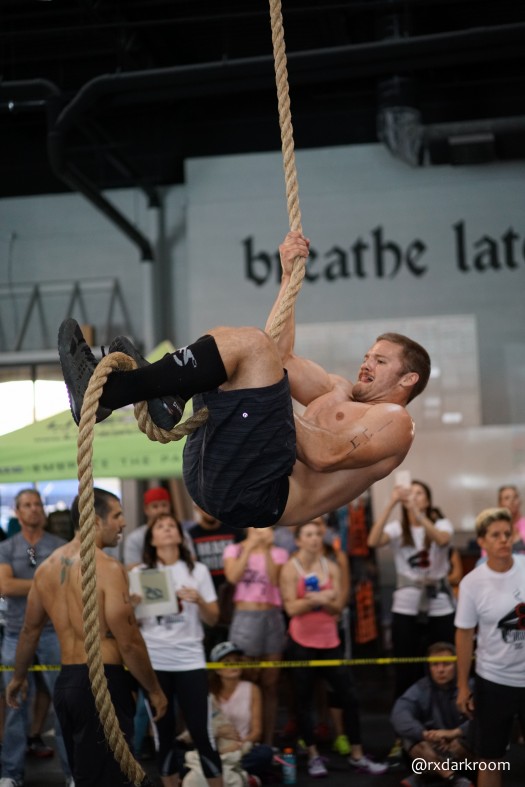 Tommy Vinas of Fury’s Team Tommahammer up the rope for three minutes.

Priscilla Tallman is Fury’s staff writer and social media team member. She holds her Crossfit L1 cert as well as the CrossFit Mobility Certification and an undergraduate and graduate degree in Clinical Psychology. She teaches mobility class at Fury and is a freelance writer and blogger in her spare time. She is married with two children and in a former life played collegiate and professional volleyball.