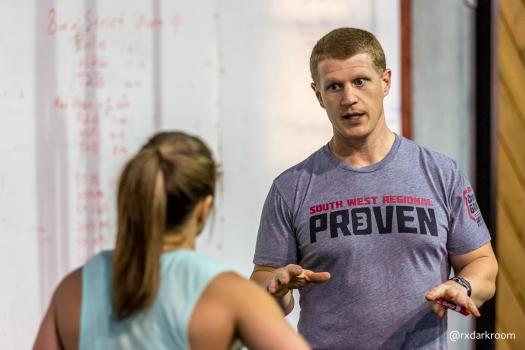 Three days from today, the Fury Bomb Squad will begin their competition at the 2015 South Super Regional in Dallas, TX.

Individuals and team members have been training since their last Regional’s appearance in 2014 in Sandy, UT and Josh MacDonald, coach and trainer for the Bomb Squad, is ready to see their hard work pay off.

“I feel a pretty high amount of responsibility to these guys, the team and the individuals. I want to make sure they are as prepared as possible,” says MacDonald.

And he knows the pressure of Regional’s first hand. As a CrossFit competitor for the past seven years, MacDonald was on the 2012 Bomb Squad team that finished 3rd at Regional’s earning a trip to the CrossFit Games in Carson, CA. The team finished in 17th place. He continued to train as a team member and competed in 2013 and 2014 for the Bomb Squad at Regional’s. However, after feeling the mental and physical effects of competition, MacDonald decided to step off the floor this year and focus his efforts on programming and coaching the Fury competitors.

“It is hard to not be on the floor coordinating with them, but it was time for me to not compete anymore. There are a lot of young new guys coming up at Fury that show amazing potential. There are parts I miss, but I am very happy with my current role,” says MacDonald.

Although he won’t be on the floor this year, his involvement will be evident. Over the course of the year, he has programmed specific workouts and cycles for a few athletes and worked individually with others addressing each athlete’s weaknesses, while still keeping everyone pointed in the same direction and focused on goals at each stage of the season. He believes structured programming allows him and the athlete to see concrete and quantifiable gains and gives direction and focus during the year.

“It’s rewarding to watch each athlete progress in their own areas of need. I get just as excited as the athlete does watching them PR a lift or master a gymnastics goat,” says MacDonald.

Although he celebrates and enjoys their victories in practice, during competition, MacDonald is focused mainly on assessing movement, managing team flow and communication. Prior to the athletes hitting the floor, he is reminding them of cues and points to focus on that he’s already worked through in practice (i.e. where to pace, when to communicate, cues for movement, etc.). But because each athlete requires a slightly different tone or style, he doesn’t ascribe to one way of being. MacDonald tends to rely on his instinct – keeping his corrections clear and objective.

“I think the athletes appreciate honesty and clarity. Since I cannot be on the floor with them, I have to trust that I have helped them get into the best position for success as possible,” says MacDonald.

As the last few days lead up to the event, there is little to change. The team and individual athletes have run through all the Regional’s workouts and are ready to compete. While he speaks of the six team members who will be on the floor, he’s also quick to credit the work and effort of the team alternates, Michelle Rogers and TJ Barber, who have put in just as many hours and reps as their teammates.

“They (Rogers and Barber) have worked their tails off to be ready just in case something happens to someone on the team. They don’t get the recognition or visibility, but their role is crucial” adds MacDonald. 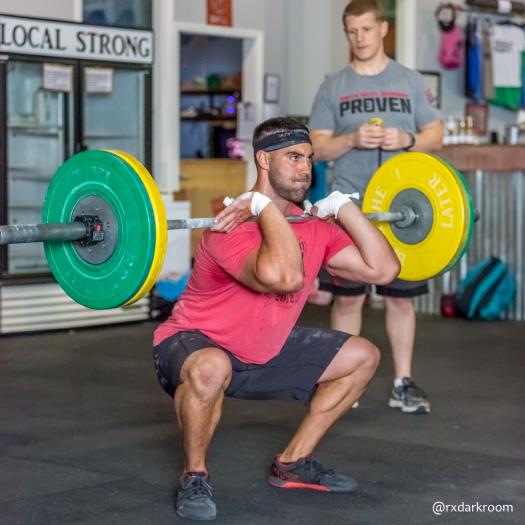 After each event, MacDonald is focused on the next workout or effort. Photo credit: Adam Bow

Regional’s action begins this Friday, May 15th. We will be updating our social media channels regularly throughout the event, be sure you are following us to get up to date pictures and results: